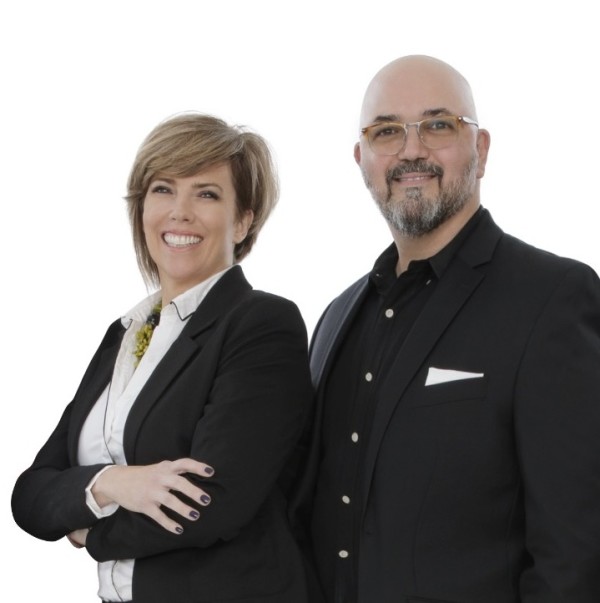 MECHELLE
OWNER, CREATIVE DIRECTOR
Mechelle, a second-generation hairdresser, started her career under the award-winning duo and platform artists Sandra and Brian Smith. She moved to Atlanta in 1991 where she worked her way up to a master-level designer and education director for another fast-paced salon. During the same time, she was also a color educator for the Aveda network. In 2000 she and her husband opened Aria Salon Spa Shoppe with a focus on customer service. In 2017, Mechelle was selected to be a member of the most prestigious association in the beauty industry, Intercoiffure, North America. During her spare time, she enjoys gardening and painting. Most of her inspiration comes from nature and the outdoors. Mechelle works mainly in the Alpharetta location and Thursdays in the Cumming location.

MATTHEW
OWNER, PRESIDENT
Matthew did not have cosmetology on his radar until he met Mechelle. The couple moved to Atlanta in 1991 and began working at a fast-paced salon owned by his sister and her husband, where Matthew worked as the salon manager and Mechelle as a stylist. In 2000 he co-founded Aria Salon Spa Shoppe with his wife Mechelle. Matthew considers himself a student of the industry and an active member of industry and civic organizations both locally and nationally.